A project that started as a purely concept based exercise has now grasped the attention of the WWE presenting an opportunity to make these legend based beers a reality. Colourful characters, loaded with nostalgia and a hint of dramatic storylines — the range is a homage to the ‘Golden Era’ of Professional Wrestling in the 1980s and 90s.

We're on the lookout for the main ingredient missing from the project — a brewery to tag-team with, that shares our vision of creating these beers, and are willing to jump off the top turnbuckle with us to make them happen.

Interested in collaborating with us or want to find out more?

Get in touch here. 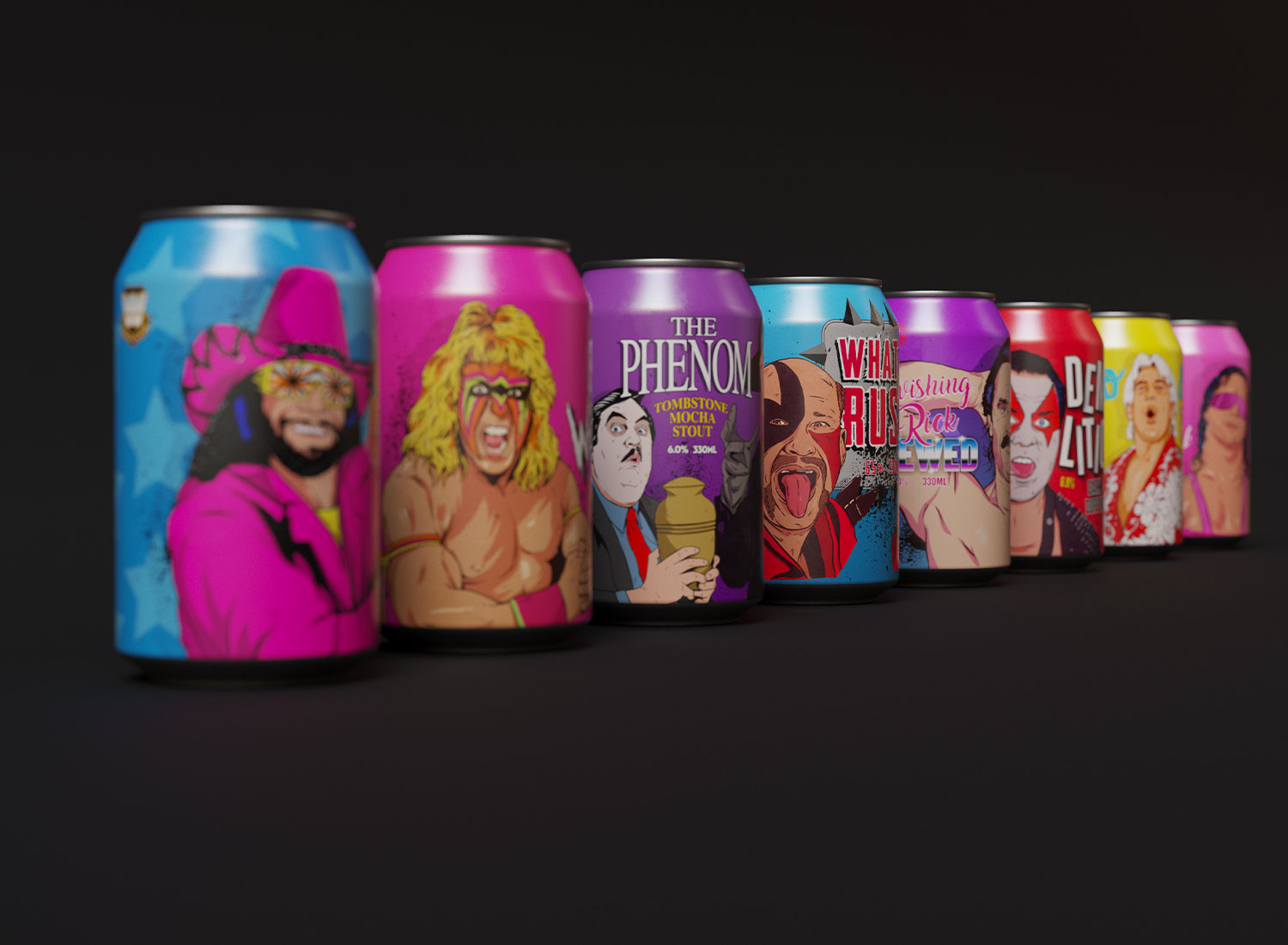 From the drawing style and bright pop culture colours (the collaborative work of Edinburgh based Want Some Studio), to the beer naming and tone of voice — each can design hosts an iconic wrestling superstar from the 1980s and 90s. The goal being to create something that people would enjoy, engage with and reminisce about as they look back at some of the trailblazers of the professional sport.

Since the initial concept phase we began to share the project online through various social channels where it was picked up by a range of online platforms such as Creative Boom (article here) — as well as the many fans of 80s and 90s wrestling who got in touch demanding these on the shelf. However things began to change when we were introduced to members of the creative team at the WWE. Now, with one storyline leading to another, we’ve been ushered down the aisle with the chance to potentially make these beers an officially licensed reality. 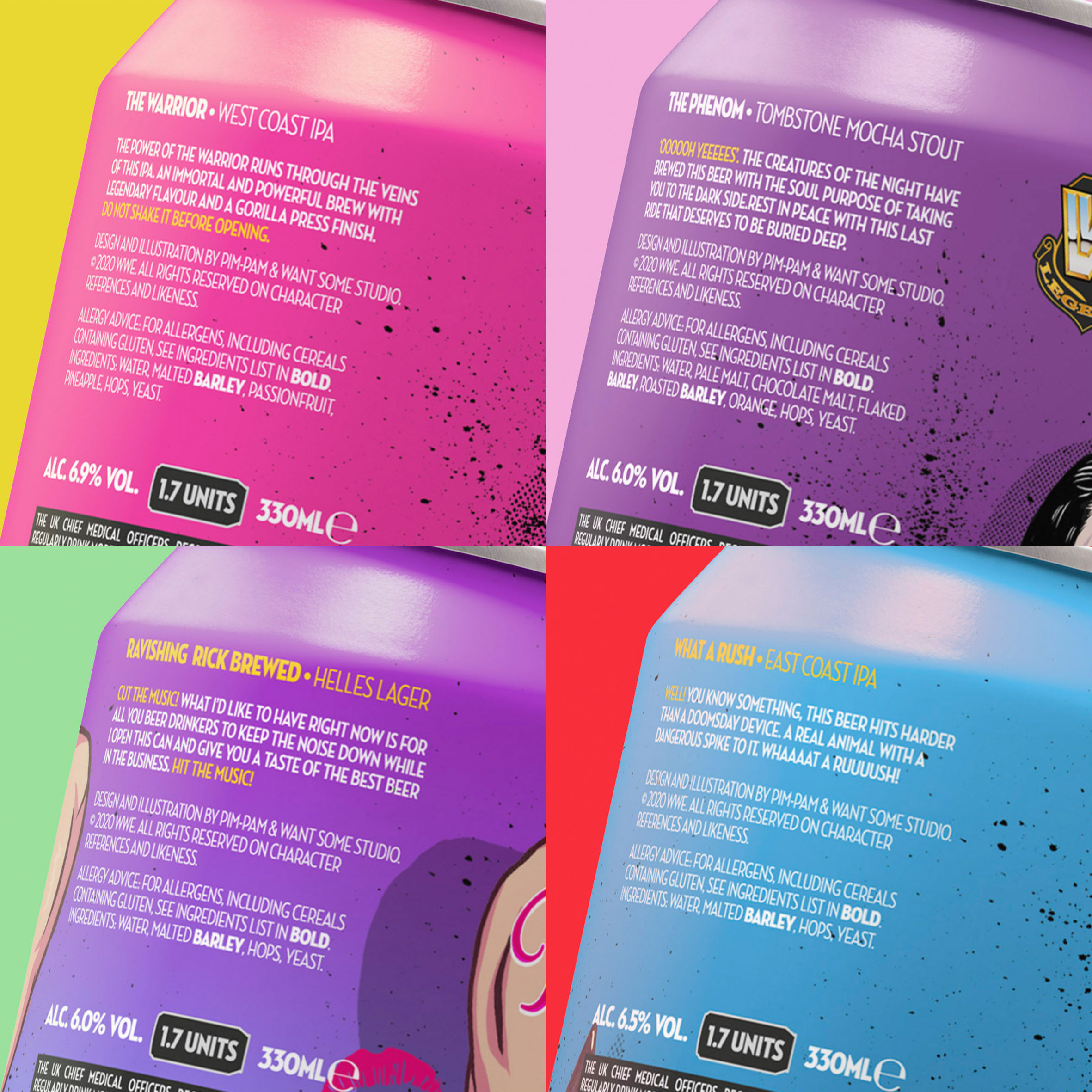 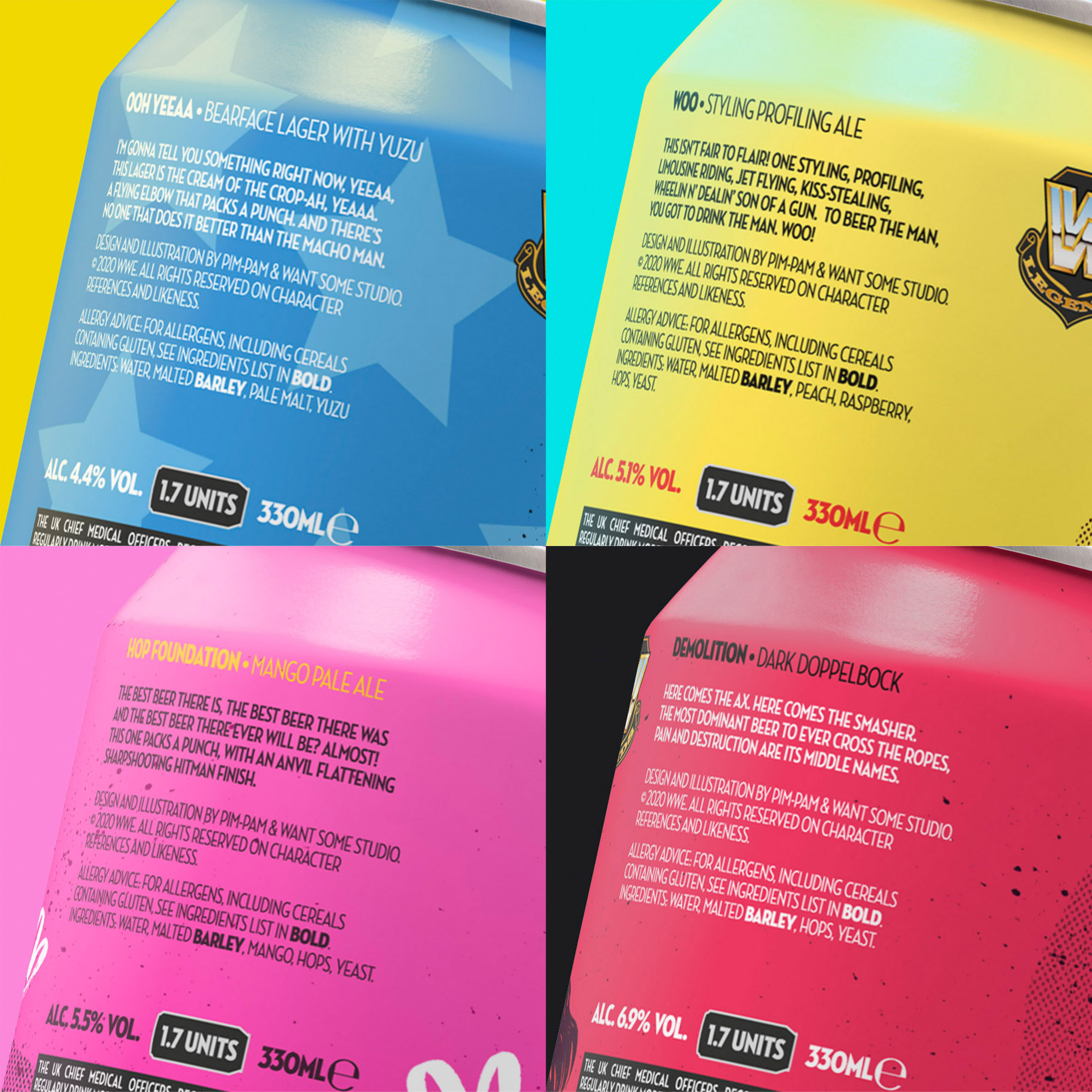 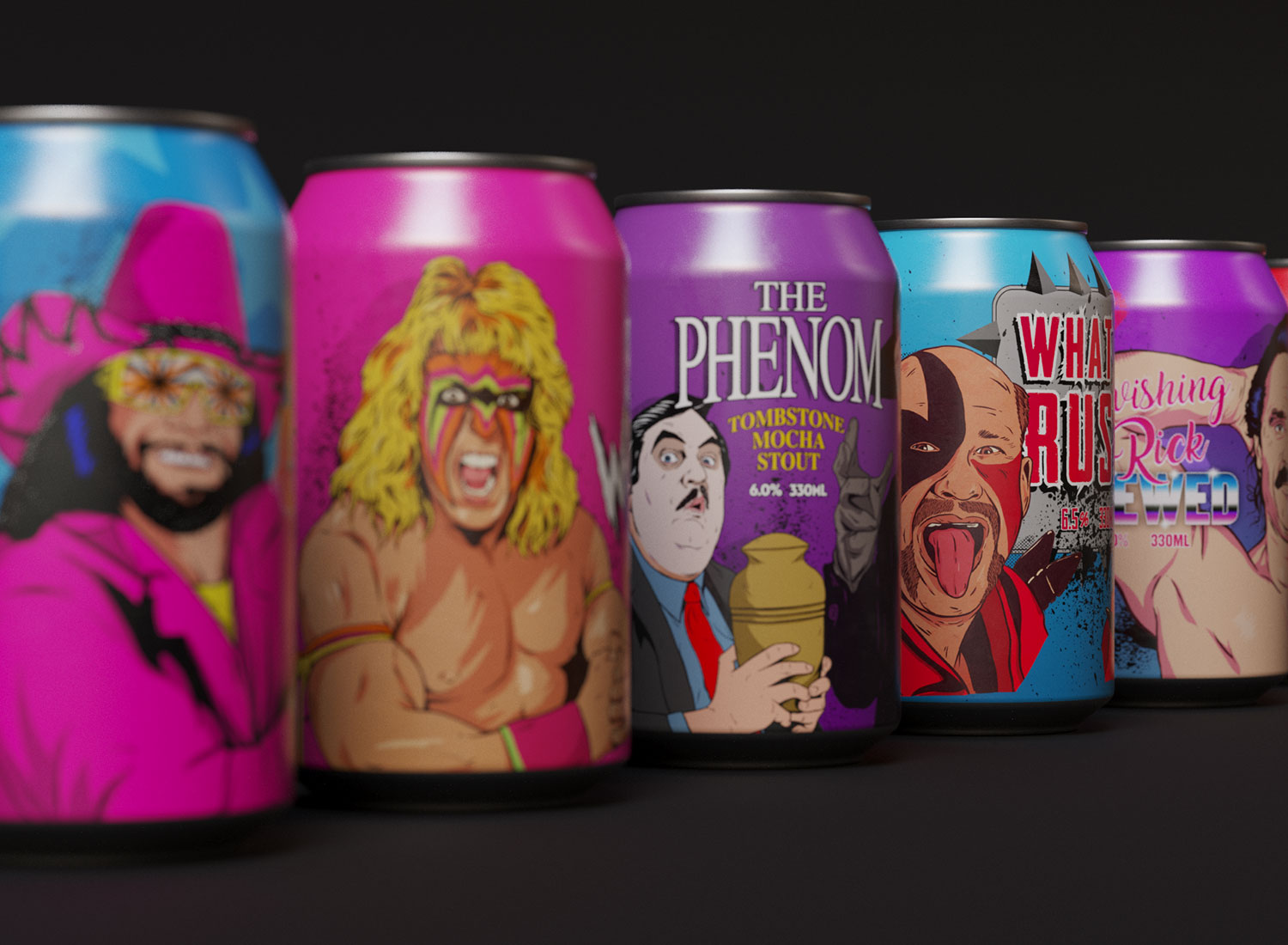 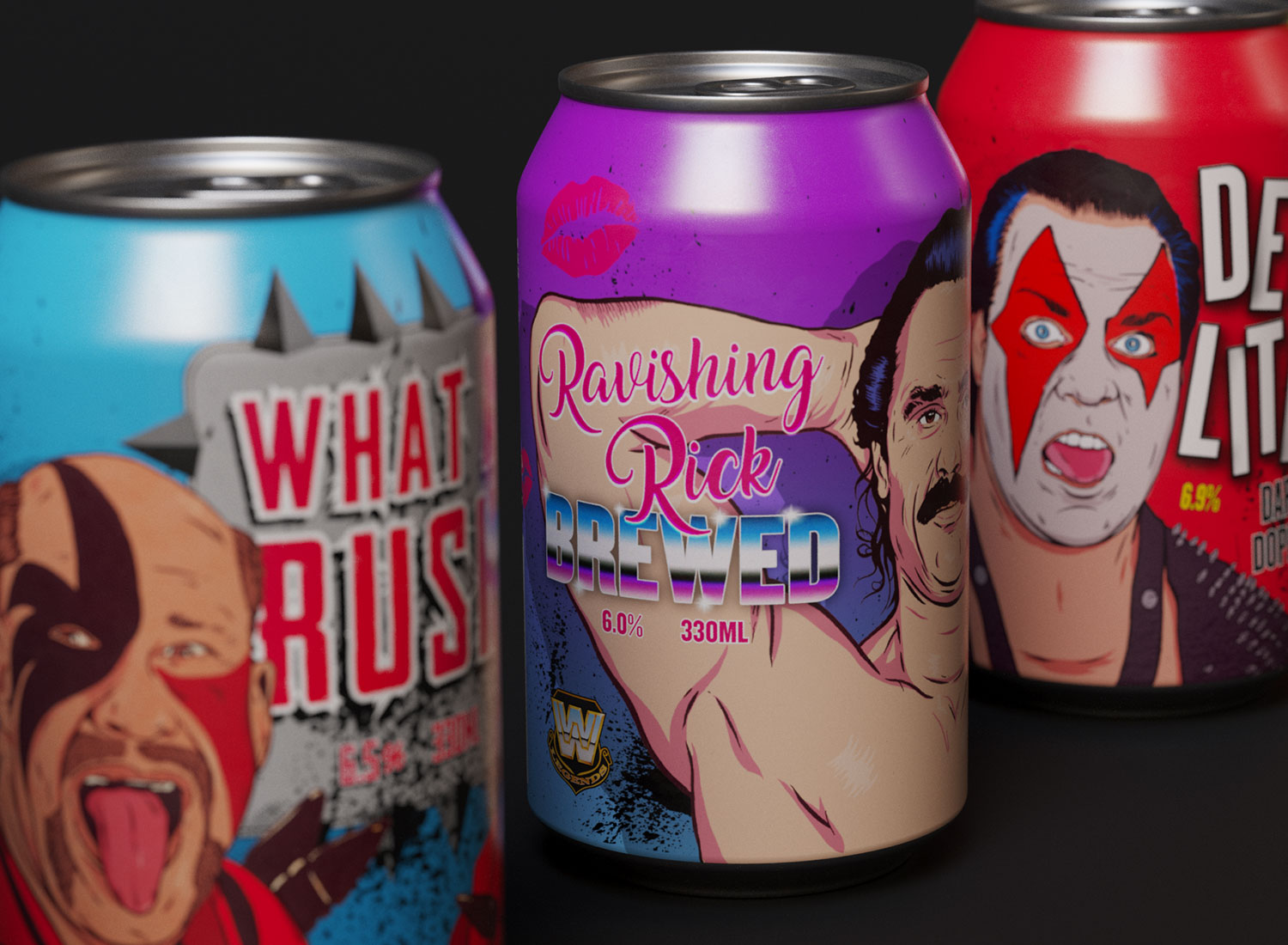 Interested in collaborating with us or want to know more about the project?

Get in touch here.